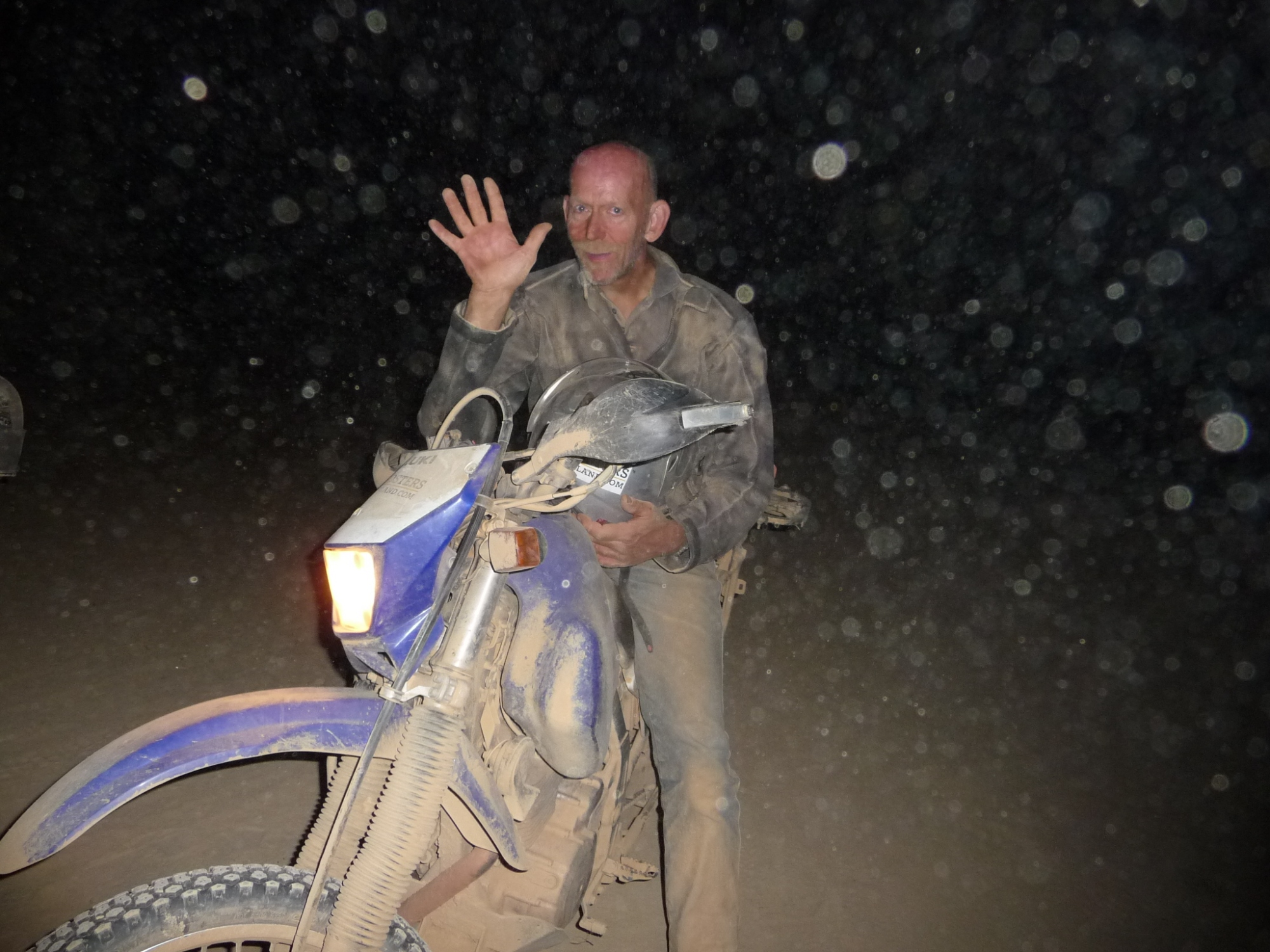 Do you know my story?

Twelve months of riding through Asia towards The Middle East is an experience akin to the boiling frog syndrome.

Initially, you are mesmerised by the wonders of all around you, the  exotic smells, the noise, the chaos. This is Asia!  This is the Asia I love!

Children line the roadside, walking home in their white school uniforms, waving gleefully as you ride by. Exotic foods. Learning the basic words of necessity; coffee, hotel, thank you, my name is..

Everything is as you had imagined it, and more. The pond you had jumped into was one of freedom, adventure and new friends. Just one big sunset!

After a while though, you find yourself tiring and still swimming. You feel warm and slightly uncomfortable, but this is your dream ride.

You start to feel numb. You aren’t really aware of the increasing discomfort. Besides, you are surrounded by other frogs and they all seem fine.  In fact, you are pretty crowded by those frogs.

Your self preservation instincts seem to be disappearing and for some reason you don’t  jump out!  You just keep swimming in the increasingly hot water.

Throughout our 12 months moving westwards, from country to country, we became so embroiled in the idiosyncrasies of Asian travel that we slowly became numbed to all that was thrown at us. Guns, military checkpoints, crazy drivers with a death wish, monsoon rains, roads without signs, roads fit only for yaks, landslides, mudslides, crumbling roadsides plunging into valleys and raging rivers 1000 metres below, goats on highways, camels, elephants.These became part of our everyday lives.

I reflect now that if I had flown into North India to ride the highest and reputably the most dangerous mountain roads in the world or into Pakistan to ride the infamous KK highway, I would have been in a constant state of shock and probably fear. The crazy drivers, the small crowds gathering around my bike staring, the crumbling roads, the high military presence through Kashmir and Pakistan, mudslides. AK47s lying on restaurant tables, pointing towards you whilst their owners innocuously eat their dinner. In excess of 10 military checkpoints in a day. Not to mention, the scramble to convince  the military to let us bypass road closures and landslides on ‘the’ road to the Highest Motorable pass in The World, just to say we had done it!  All of this would have been a challenge to me on so many levels, physically and mentally.

However, the gun presence, the crazy road conditions and the chaos began way back in Indonesia and just slowly became crazier, more chaotic and  more prevalent. And our decisions became crazier too. Malaysia and Thailand may have provided an interlude and breathing space in their own ways, but the level of craziness was still there! Speeds were higher in these two countries and so the temperature went up another notch anyway.

Some days whilst navigating my way through the mayhem of traffic infused with animals, roads like rivers, or roads through rivers I had to remind myself of the dangers around me.

I began to wonder if there was something pathologically wrong with me because I no longer felt fear.

A large truck comes bearing down on me forcing me off the road into the ditch.  So what?  I’m just a frog.

A car slides sideways towards me on a dirt road in Laos, clipping my bike ever so lightly, toppling me over. That’s Ok I can still swim.

Riding underneath the outstretched working arm of a road building excavator in Indonesia. Ah, just another normal day for this frog.

Inching my way towards the front of a large jumble of cars, motorcycles, buses and trucks amassed over days awaiting a landslide to be cleared; just another day in India or Pakistan.

Riding, even scrambling over a landslide, outsmarting the officials, to reach a high mountain pass. Just another day.

Wondering if the long rope across the road, probably tied to an invisible goat, is going to suddenly spring up in front of me. Just a normal day. On the  day when it does spring up to head height and it is not a goat that is responsible, but two young boys, I am moved to chase them down like a mad woman screaming, ‘Polici ‘at them. No wonder they jumped onto the first passing truck.

Policeman who, with a wave, send you down the wrong road or pay you a security visit in your hotel room with the ring of a door bell. What hotel room has a door bell anyway?  Yes just another day.

Plain clothes, English speaking men who always seem to be present in small, remote villages asking us the same questions each time, even videoing us for no reason. Just another day.

Being escorted out of town by an army tank.  Being in lock down in a hotel under military guard. Police escorts who would not allows us to stop for food or petrol. Just another day.

Finally, one day I was brought to tears.

Not by my motorcycle spluttering over a high mountain pass and stalling in the middle of a river crossing.

Not by being catapulted from my motorcycle in a collision.

Not by the military escort we couldn’t outrun.

Not by the angry, armed  officer who caught me sneaking inside their compound without permission, just to use the toilet.

No, nothing so grand.

Finally, I was brought to tears at the end of 12 hours of long riding through landslides.  It was the smiling, diminutive, hotel manager.

Perched atop a foggy mountain in India, with not another hotel to be found, it was a smiling man, ever hungry for a paying guest, who sent me catapulting.

This hungry frog finally felt the heat and wanted out.

It was time to jump out.

The Parable of the Boiling Frog.

Human Beings and frogs are the two creatures in nature who have tremendous power to adjust. Put a frog in a vessel of water and start heating the water. As the temperature of the water rises, the frog is able to adjust its body temperature accordingly. The frog keeps on adjusting with increase in temperature. Just when the water is about to reach boiling point, the frog is not able to adjust anymore. At that point the frog decides to jump out. The frog tries to jump but is unable to do so, because it lost all its strength in adjusting with the water temperature. Very soon the frog dies.

13 thoughts on “It’s Gettin’ Hot In Here….a reflection of our adventures in Asia.”